I remember reading the story of the ten virgins as a child and i thought the five wise virgins were selfish. I mean they started this trip together. They must have had meetings discussing the outfits, make up and hairstyles they were going to wear. Can you imagine what their whatsapp group chat would have been like? Hey this was one of a kind wedding they were preparing for. So you can imagine how the conversation would have gone. If they are like me and my girlfriends, the conversation would have gone on for weeks. Lots of outfits would have been saved on my phone waiting to be vetted by my girlfriends. So all of these happened and they finally got their stuff together and made their way to the venue.

At the middle of the night, the expected guest came but after all these preparation, five of the girls missed out from the big event. Not because they didn’t know about it. But because they weren’t ready.

The ten virgins represent the church – the corporate body of Christ. Just as the 10 virgins were waiting for the arrival of the groom, so also we await the coming of Christ. It’s important to note that in this parable, Jesus Christ also drew our attention to the fact that the groom actually came. So this nullifies the argument of those doubting if Christ will ever come. We aren’t told how long the girls waited for. All we know is that they waited for his return and He came.

Who knows what the conversation was like whilst they waited. Probably the foolish girls would have seen the wise ones taking extra oil for their lamp. Maybe they were advised to take extra too but they didn’t because they felt it won’t be necessary. Or maybe they would have thought the wise virgins were just too extra (‘holier than thou’).

It’s recorded in Matthew 25:1-13 that they all went to sleep. I think what this signifies is that the groom arrived when they least expected. 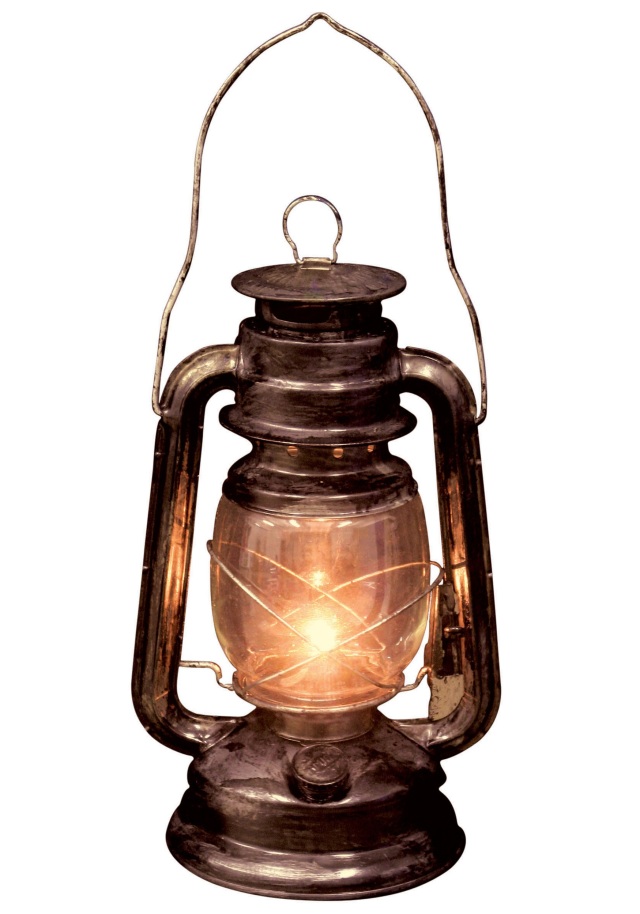 The above is a picture of an old fashioned lantern. I thought this will be useful in helping me explain my next point. The lamp cannot burn on its own. It needs the oil and a thread. To light up the lamp, the thread needs to be soaked with oil. Otherwise, you can’t light up the lamp. The longer the thread stay in the oil, the longer it will burn.

The lamp is us. The oil is the word of God. The thread is belief. The fire is the aftermath of it all – works of the spirit.

Just hearing the word without believing in what we are reading won’t do us any good. Some people know the bible and quote scriptures. However they no longer believe what is written in it.

The lamp of the foolish virgins went off because they had no extra oil. A lamp signifies insight and revelation. The oil is what aids the lamp to stay lit. Like i said before, the oil i believe refers the word of God. Like i have said so many times on this blog, i am a firm believer that the amount of the word of God we have in us, determines how steady we can be when the storm comes. The deeper the revelation of Christ we have, the more aware we are of Him. Our awareness of Him is what makes us conscious about how we serve Him. The word of God STILL strengthens, reveals, comforts, sharpens and empowers. Thinking the little we know will go a long way makes we foolish just like the five foolish virgins because we don’t know how long the wait will be for.

The words ‘Jesus Christ is coming soon’ doesn’t really make meaning to many anymore. ‘Soon’ is no longer taken seriously. Some people will say ‘my grandpa told me about ‘soon’, my mum told me ‘soon’ and 80 years down the line it still hasn’t happened.’ Well it’s been over 2000 years that the promise of the return of our King was made and we are still waiting for His arrival. The foolish are amongst us. They claim to be religious. They attend all church activities, but yet they are eaten up by the works of the flesh. ‘I don’t need all of that’ they say. ‘Why are you overly religious?’ they ask? They claim to be waiting for The King, but living life the way they please. They think they will have a minute to quickly repent before they die. However none of us know when and how we will be leaving this earth. They have totally ignored things that will keep their lamps burning. Their hearts is consumed with anger, bitterness, jealousy, gossip, worldliness. They are one thing in church and another outside the church. But yet everyone seems to be waiting for the same King.

The foolish don’t take biblical prophesies seriously. Yes they might have been in church for years. But they are now too familiar with the bible. Over-familiarity causes fatigue. They are tired. They can’t be bothered anymore.

In this race that we are in, spiritual preparation cannot be borrowed or bought at last minute. Like my mum always say salvation is personal. When The King appears, He is only coming for those who are ready. ‘I was ready’ or ‘i used to be ready’ won’t be an acceptable excuse on that day.

My friend, if the trumpet sounds today, or if death takes you tonight, will you be ready? Yes i know we would rather read about other real life stuff. Things that are relatable. I know and i like and write about those too. However this is about eternity. I don’t know if He is coming today or in another 2,000 years. But all i know is that same line you’ve been hearing or may be tired of hearing. Jesus Christ is coming soon. Are you ready?